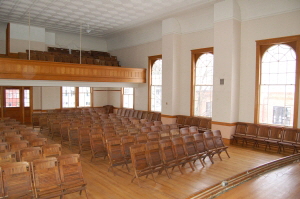 A number of other officials are elected at Town Meeting. All nominations are from the floor and paper ballots are used unless there is only one candidate for the position. Some of these serve on boards, others are stand alone positions. Any of these individual officers or boards may be reached by sending communication to the general Townshend mailing address or by leaving a message with the Town Clerk.

Many Townshend Officials are appointed by the Select Board. You will find a list of those positions, but not the individuals, on the “Offices” page.

Contact information for other important Townshend individuals, not directly elected or appointed, is available on the “Detailed” page under “Contact”.

JUSTICES OF THE PEACE

Justices of the Peace are elected officials but they are not elected at Town Meeting like other elected officials in Townshend. JP’s are elected every two years during the regular election cycle, the same time all State and/or Federal office holders are elected. The elections are held in November but the term begins in February 1 following the November election and expires two years after that (January 31). If a JP should resign or pass away while in office, the replacement is appointed by the Governor and fills the remainder of the term.